MAJOR NEWS.  A brand new Hershey’s bar flavor for the first time in TWENTY-TWO years!  The Hershey’s Gold Bar is here.  Oh my god.  I don’t think people are gonna wrap their hands around how big this actually is.  This is only the fourth flavor Hershey’s has ever put out. 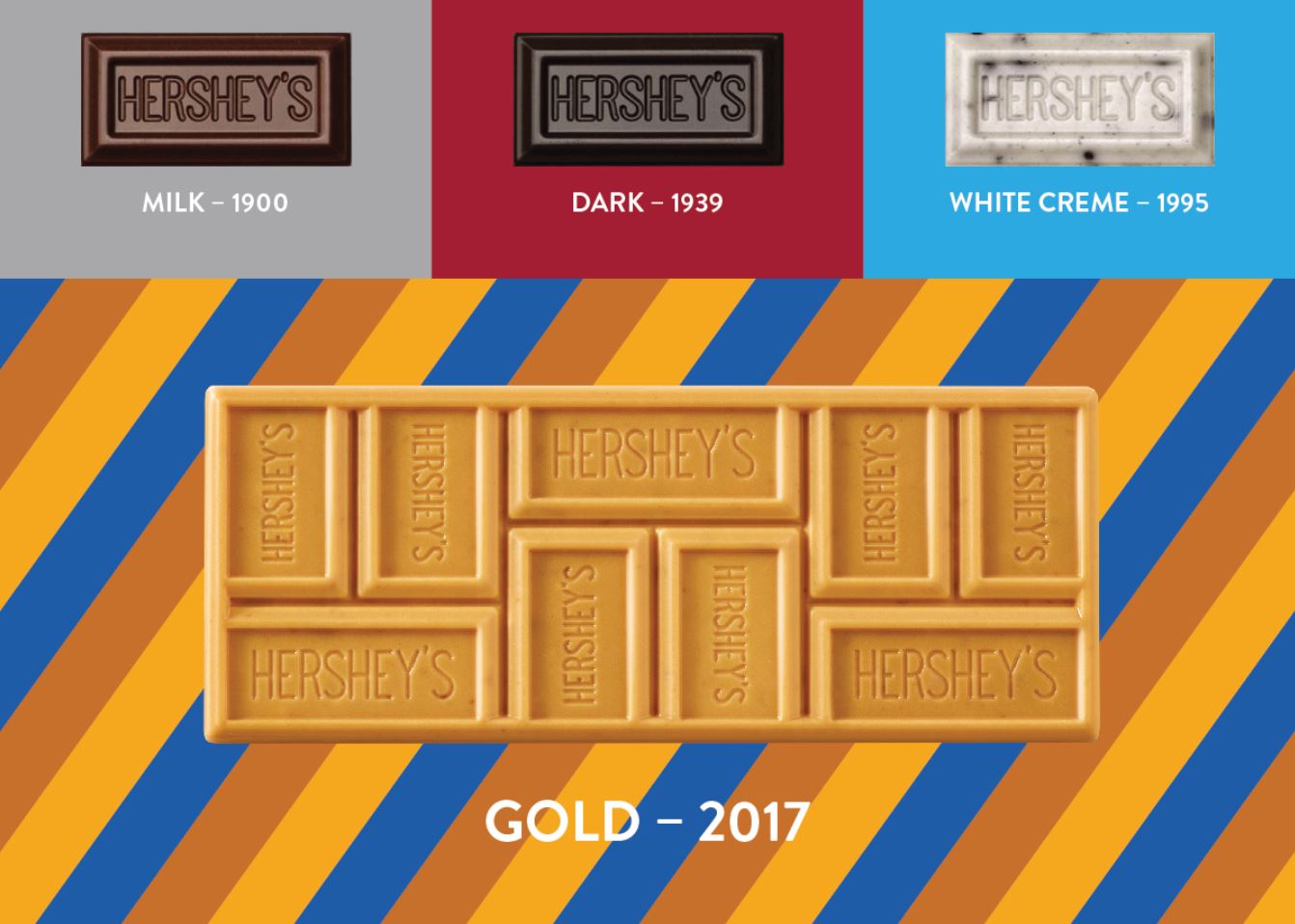 FoodBeast says, “Hershey’s Gold will consist of peanuts, pretzels, and a caramelized creme, providing its rich, golden color. That means that not only will it have a buttery, sweet taste, but you’ll also get a bit of saltiness and crunch from the pretzels and peanuts.”  Genius.  The name is sexy.  The look is sexy.  It’s perfect.  Not once in my life have I woken up yearning for a new Hershey’s creation.  Yet I feel so fulfilled with this information.  They’ve been dominating the game for over a century, so much so that the masses have been kept silent for over two decades.  The innovators at Hershey have reassured my faith in humanity.  There is good out there.  And on December 1, there will be great out there.

The Milk chocolate is an American classic.  The Dark chocolate is seemingly more popular than the OG Milk.  And the Cookies n’ Creme was obviously a game changer and remains so to this day.  But this, THIS is monumental, ground-breaking, paradigm shifting news.  The components of the new concoction aren’t new to the candy bar game whatsoever.  You’re probably asking “why haven’t we seen something like this yet?”  And the answer is because nobody does what Hershey’s does.  Leave it to Willy Wonka to take simple ingredients, elevate them, and produce the next big thing.

Are the bar pieces gonna be positioned like they are in that picture above?  I’m ready to Caramelize Creme my pants right now.

I’d Prefer If These Giant Spider Crabs Were Not Real

What To Do When Your Barber Skips Town

One thought on “BREAKING NEWS: Hershey’s To Release A New Flavor For The First Time Since 1995”